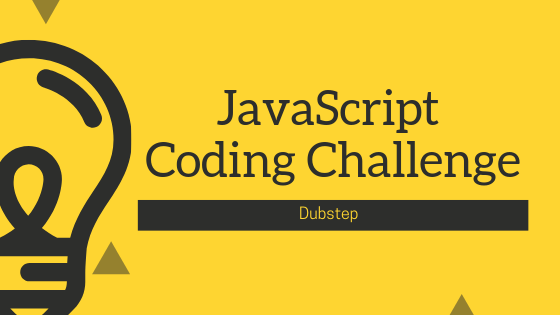 A coding challenge from Codewars.

Polycarpus works as a DJ in the best Berland nightclub, and he often uses dubstep music in his performance. Recently, he has decided to take a couple of old songs and make dubstep remixes from them.

Let's assume that a song consists of some number of words (that don't contain WUB). To make the dubstep remix of this song, Polycarpus inserts a certain number of words "WUB" before the first word of the song (the number may be zero), after the last word (the number may be zero), and between words (at least one between any pair of neighbouring words), and then the boy glues together all the words, including "WUB", in one string and plays the song at the club.

Recently, Jonny has heard Polycarpus's new dubstep track, but since he isn't into modern music, he decided to find out what was the initial song that Polycarpus remixed. Help Jonny restore the original song.

The input consists of a single non-empty string, consisting only of uppercase English letters, the string's length doesn't exceed 200 characters

Return the words of the initial song that Polycarpus used to make a dubsteb remix. Separate the words with a space.

Example: songDecoder("WUBWEWUBAREWUBWUBTHEWUBCHAMPIONSWUBMYWUBFRIENDWUB") will return: WE ARE THE CHAMPIONS MY FRIEND

There is a lot of text to explain the problem, but the concept is pretty easy. Remove the 'WUB' - set of characters from the given string and make sure to keep the spaces between the remaining words.

This solution is in 3 steps:

Or we combine Step 1 and Step 2 by replacing all the continuous appearances of 'WUB':

So basically the steps here would be:

Is there another approach for this challenge? Is something that would you do differently? Let me know 😉